We left Villaviciosa from Plaza Carlos 1 following the one way street (cycling the wrong way, which always makes me twitchy, but Coca does with a confident smile). This curves past the church and then the road west is straight ahead.

The N-632 is a good road to cycle and we met a number of cyclistas on their morning training.

Another climb of about 5km took us an hour to plod slowly up in bottom gears.

Every now and then it levels out and you convince yourself it's actually going down, but if you stop peddling, you grind to a halt within a metre. Still uphill! The main road carries on but levels off, following a contour. The camino, however cuts over the hill signed towards Navares and Pion, adding another 150m or so to the climb which is increasingly steep. Ignore the turnoff to Navares and continue on the road to Pion, which then freewheels beautifully down, taking about 5mins to descend before following the bottom of the valley through Pion, past a couple of camino water taps and then climbs up the other side.

Bumpy downhill to Infanzon & rejoin main road for last 5km to Gijon. As you turn the last hill, you get a view across Gijon with the tower of the Universitad Laboral in the foreground.

It becomes increasingly urban (obviously) and the roads get busier with cars driving faster. It always seems to me, which ever country you visit, that people on the outskirts drive like idiots. Is this just the urgency to get into the city or out into the country makes these areas ugly and the drivers rush through?

A brief stretch of cycle lane by the university would benefit from signs, we followed for a bit, but then it appeared to go off in the wrong direction.

Into Gijon and ask directions to the playa. We follow the beachfront round to Santa Catalina, the church at the end of the pier with old Roman baths below.

We got caught in the middle of the old port on narrow cobbled streets. A scenic detour but no good for road bikes.

Cut through to the Puerto Desportivo and then follow the cycle path until Avenida de Galicia which becomes Republica Argentina as it leads out towards Candás. This side of Gijon is horrible, very industrial and cars drive through at even higher speed.

The camino route takes you onto the AS-19 towards Aviles briefly, which is bad going. You follow the road down under the motorway, with heavy industry and a power station on each side before a roundabout and then along a very fast AS-19 before the turn off left onto CE-6.

It's a hideous blind junction with cars travelling on the main road at speed.

The CE-6, however quickly becomes a great, straight country road which would be good to follow to its end, but the camino turns off onto a narrower country lane, which is very windy and increasingly bumpy.

This eventually brings you back onto the AS-19 at Tabaxa, about 5km from Aviles, where we found a small truck-drivers cafe with a menu del dia for €8 and cheerful staff. The group of thickset local drivers sitting outside viewed us with some amusement but wished us a good lunch.

Following the main road again into Aviles was not much fun with the speed of traffic, we cycled on the hard shoulder as much as possible with cars and lorries screaming past. Intermittent yellow arrows and camino signs reminded us that this really was the route.

Just before Aviles itself, we turned off following signs to Salinas. This idea was to get a longer cycle in after yesterday and the loop into and then out of a city seems to add an hour to finding the right route.

Playa de Salinas is indicated to the north and we cut to the coast, following the promenade. It's a long sweeping bay with tall blocks lining most of this bit of coast. The bay itself is good for surf and plenty of winsurfs and surfboards were visible in front gardens and on balconies.

As we turned back onto the coast road, it started to rain. A fine drizzle at first it, which we could ignore, it gradually became a heavy downpour with water sluicing across the road and into storm drains. The spray from cars was thrown up our legs and we were thankful we weren't still on the main road.

On to Santiago del Monte with the rain letting up for a while before Ranón, La Arena and then round the estuary as the rain built up again to meet the main road and up to Muros.

We took the turn to San Estoban and cycled through in the rain looking for a pension or albergue. The place was completely dead, and we followed the road out to the point, soaked, cold and with the clouds descending around us to the point where we could see 10m ahead at most. Stopping briefly to fit lights, we continued up the hill, past eerie landscapes until an elderly couple with an umbrella emerged out of the mist on the outskirts of Muros.

They kindly directed us to a local Hotel Rural and we banged on the door until they let us in, dripping wet and in need of a hot shower, clean bed and radiators to dry all our wet gear. A bit pricey in comparison to other nights €50 for a room with ensuite, but we were incredibly lucky to find anything by this point and didn't want to risk cycling on. 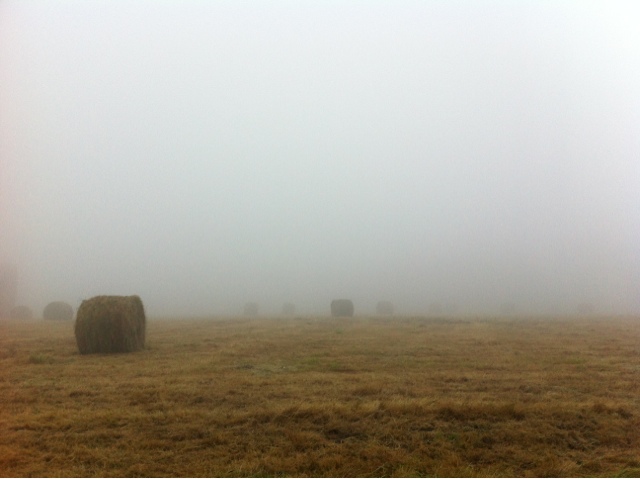 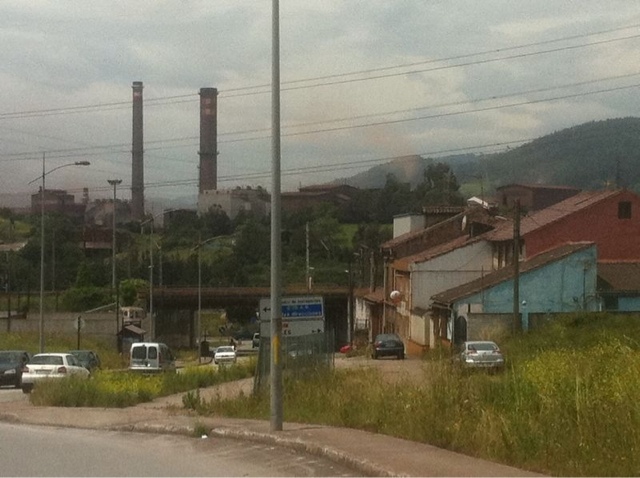 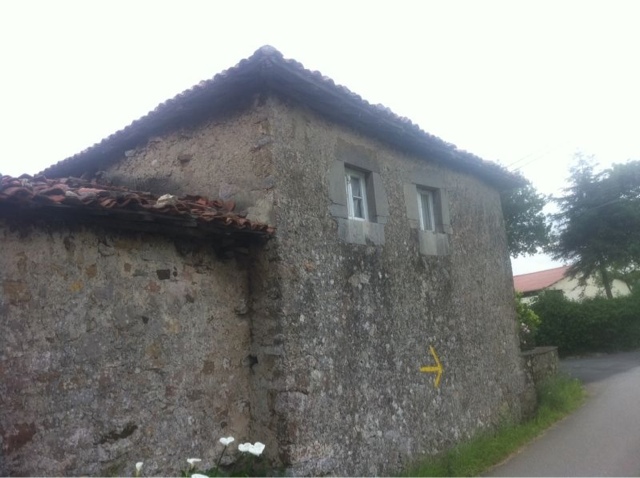 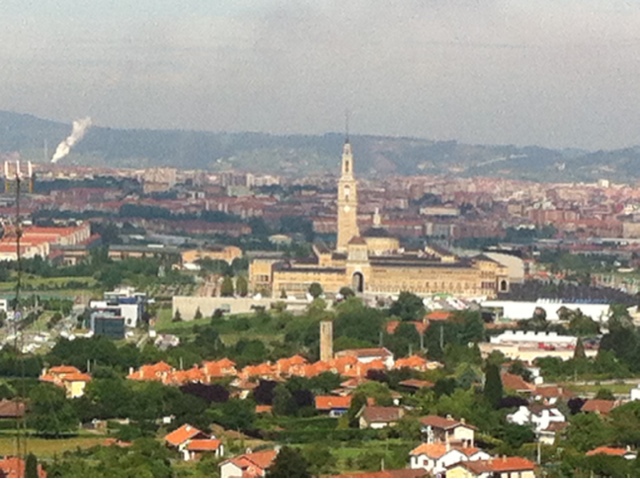 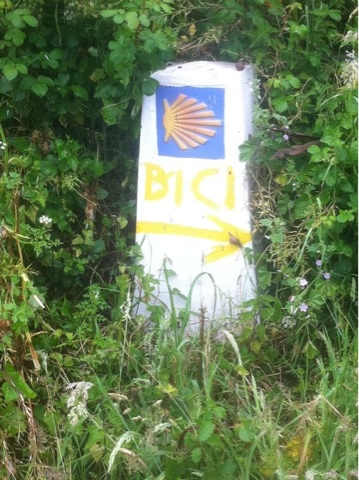 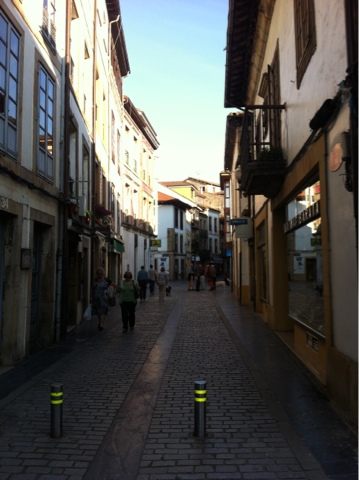 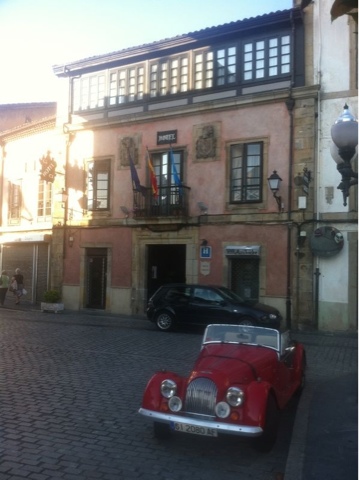 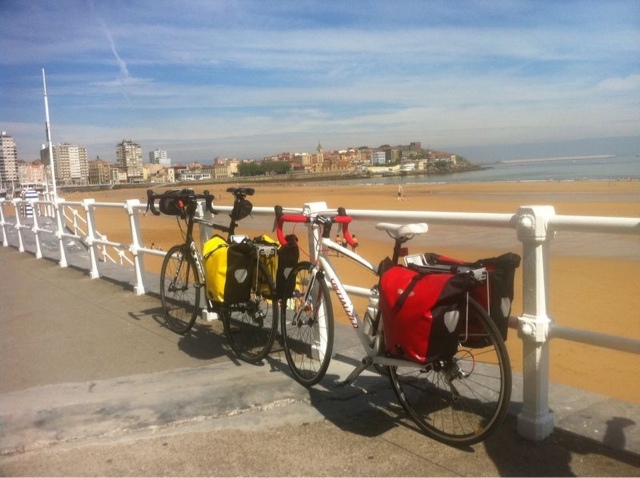 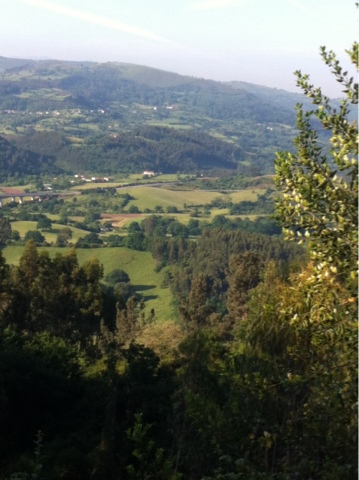 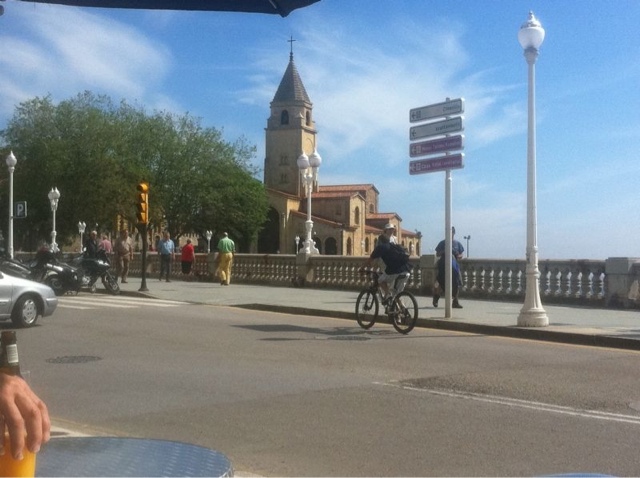 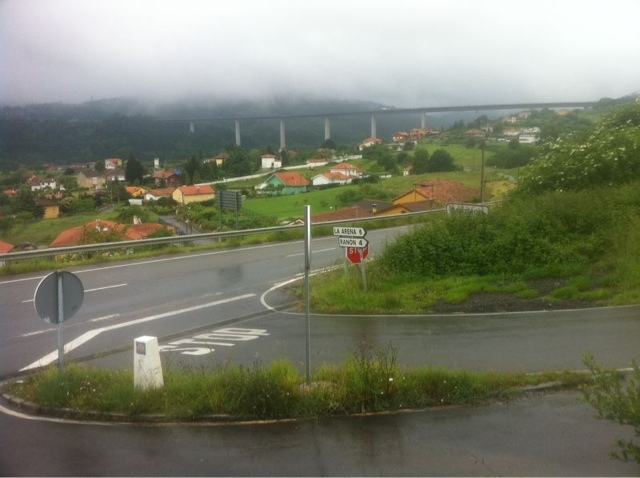 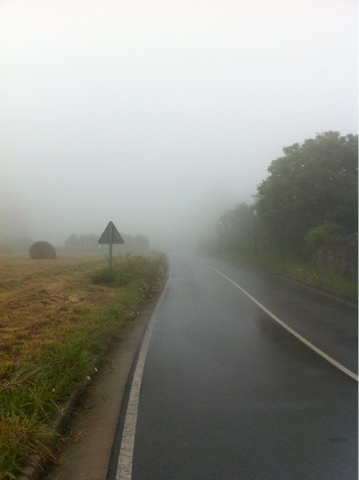 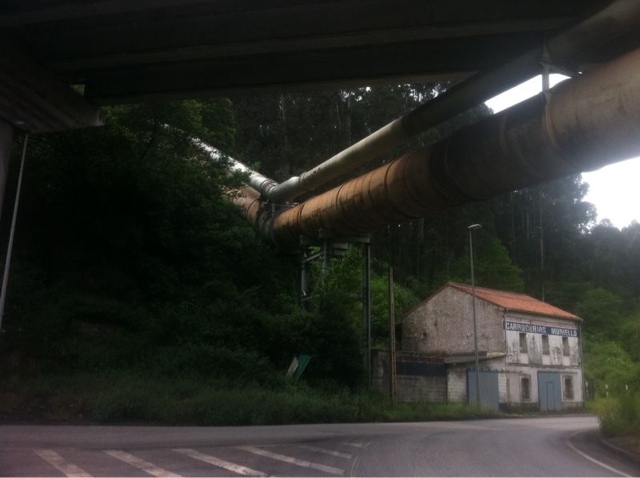 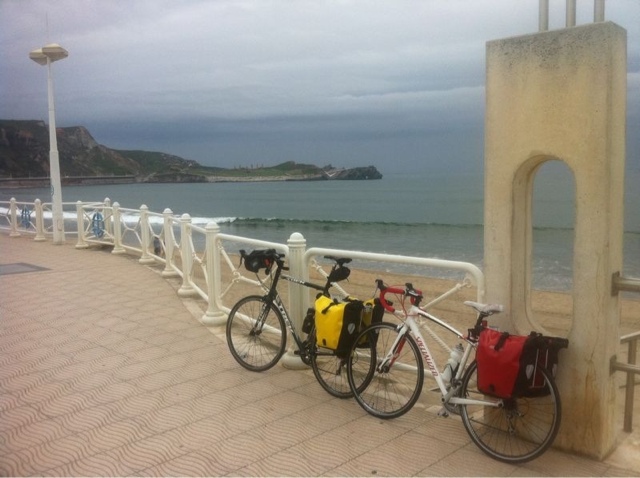 Email ThisBlogThis!Share to TwitterShare to FacebookShare to Pinterest
Labels: Cycle2Santiago