Bates Motel and the smell of Aturias

The hotel owner was a friendly middle-aged man with a habit of scratching various parts of his head as he spoke to you, who cooked & served our evening meal as well. He seemed to be running the place single-handed. At some point over dinner Norman Bates appeared into the conversation, and the weird isolation made us both a bit jumpy from then on.

We shared the address in the cyberspace and relaxed a bit.

The mists burnt clear by the morning sun, we discovered we were on the outskirts of a very pretty town.

The main square in Muros on Tuesday morning was busy with activity. School teachers bustled children, a flower seller arranged her window and an amiable elderly gentleman who read his paper, smoked his cigarillo and greeted everybody passing the cafe where we had breakfast. His face was wrinkled into a permanent smile. Eventually his wife appeared to break the calm and told him off for loafing, ushering him out of his seat. He smiled at us conspiratorially as she then proceeded to have a long conversation with another elderly lady.

He came back to collect his walking stick, propped up against the cafe table a little later.

As we've cycled through Asturias, one thing that has been so notable is the smells.
The smell of hundreds of roses growing wild in the hedgerows pink, red, peach & white.
The smell of honeysuckle nectar filling the air. Fresh ozone and Eucalyptus in the woodlands enclosing the winding hill routes.

Far from the acid stench of industrial Gijon

Short unpleasant stint on the busy main road but turned off at Pitu onto old N-632, now indicated N-632a. Runs alongside or takes in most of camino but allows some speed with good surfaced roads, rolling hills, a couple of good climbs and descents.

Arrive into Soto de Luiño for morning coffee and sketch, a stamp, from the local bar and continue to Novellana.

Follow the N-632a/N-632 which is much quieter since the last junction with the A-8 motorway.

This winds it's way along the coast, ducking under the motorway pillars a number of times as it follows valleys and river crossings, with a number of great climbs and descents, both interspersed with hairpin bends.

We pulled off to find amazing virgin beaches along the coast and met a couple of young divers, scaling their way down a very steep path, arms full of scuba gear.

Rejoining the N-632 we carried on the last 15km to Luarca, arriving just after 8.

We took the side road indicating Luarca via Faro, 2km out of the town and were given a great view down into this old and well preserved fishing port.

Taking the coast road around the point and lighthouse, we circled into the main promenade filled with bars and restaurants. A Michelin recommended 2-star hotel, tucked off the main port road, gave us Pilgrim's discount and a room overlooking the square. 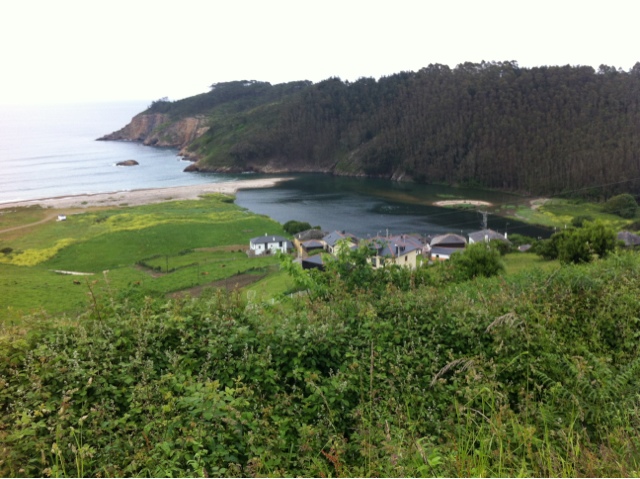 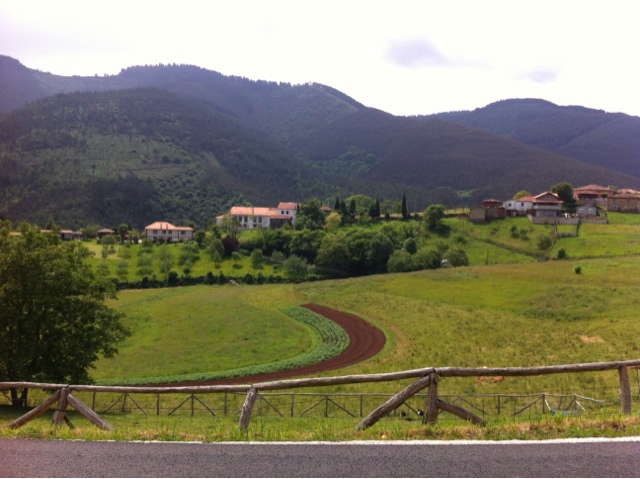 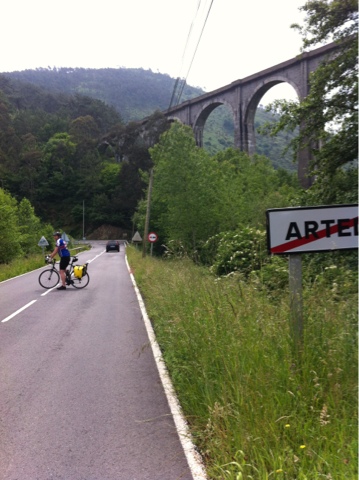 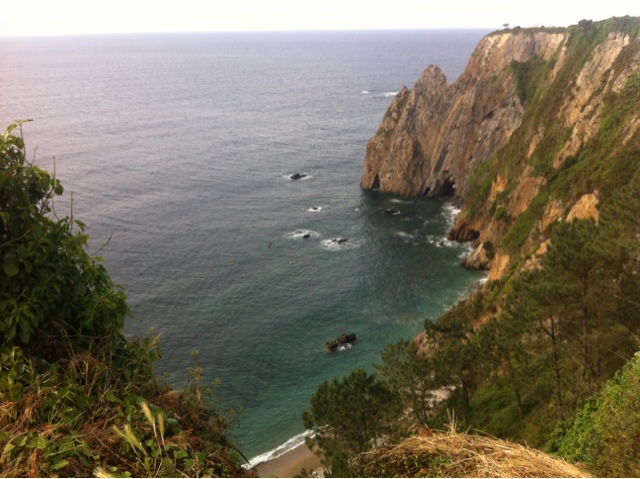 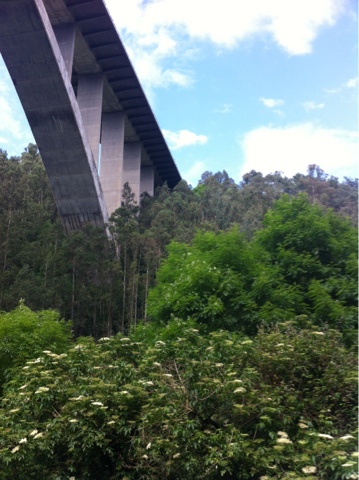 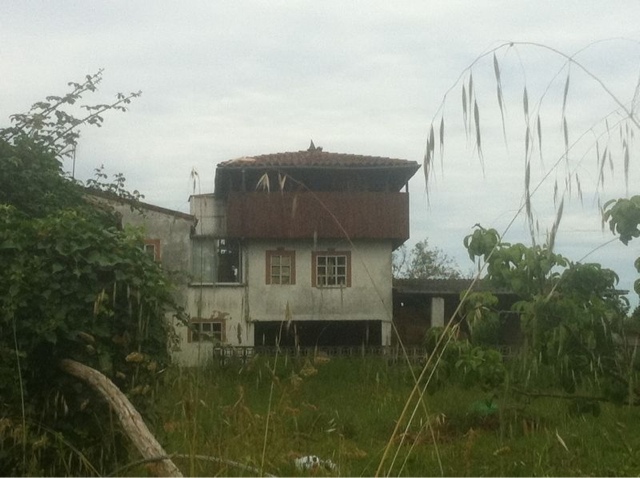 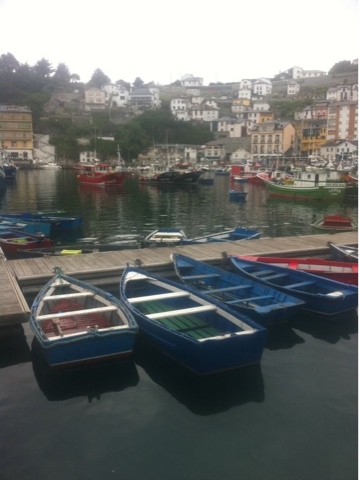 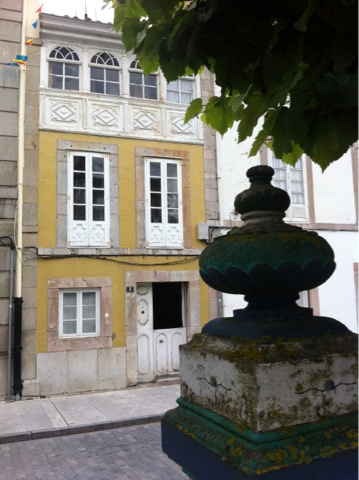 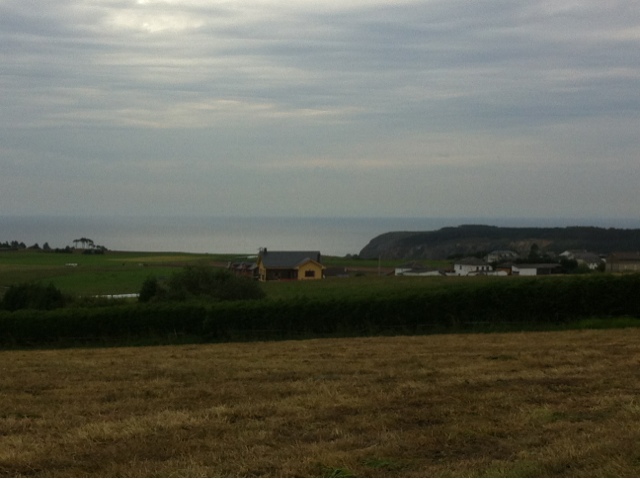 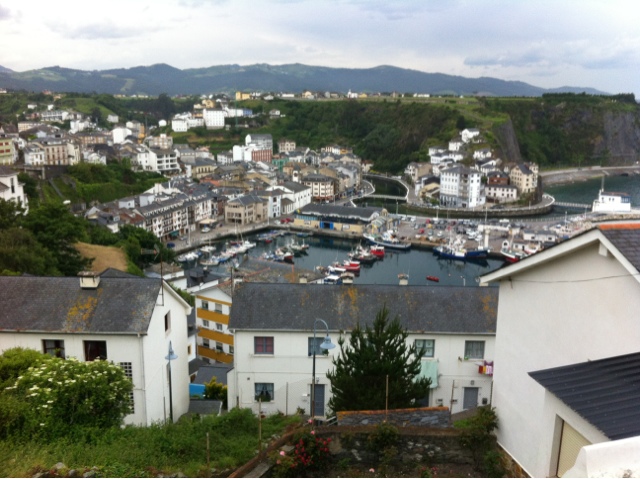 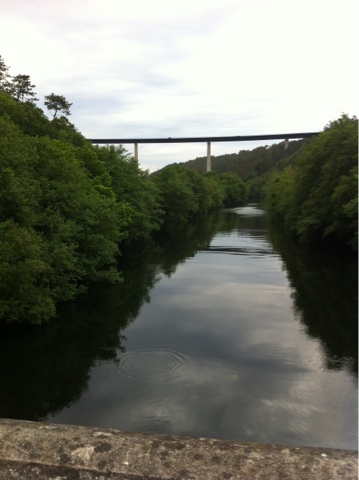 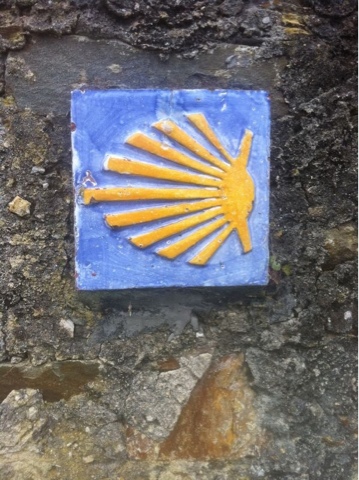 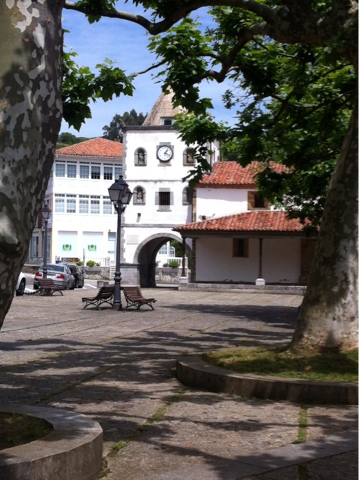 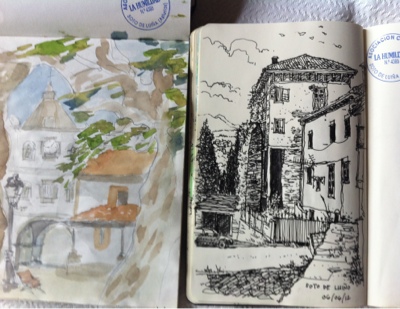 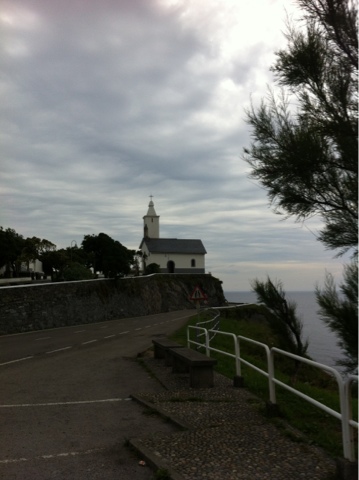 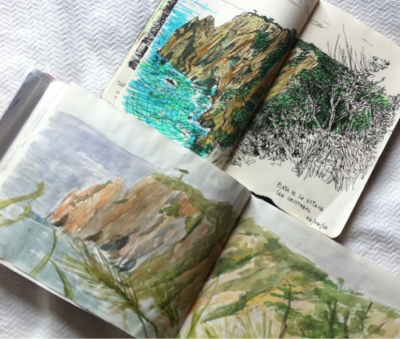 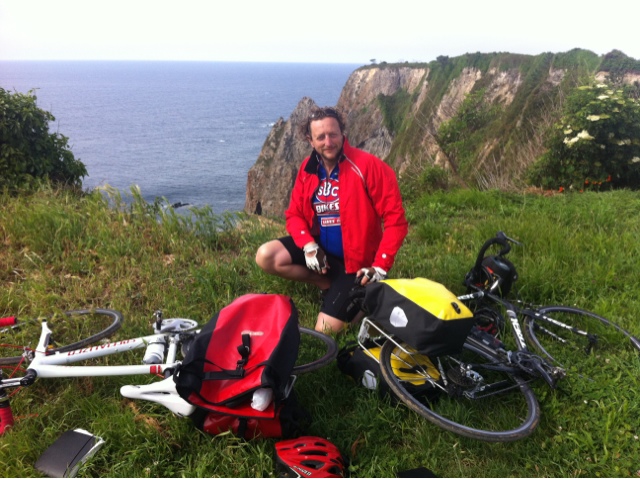 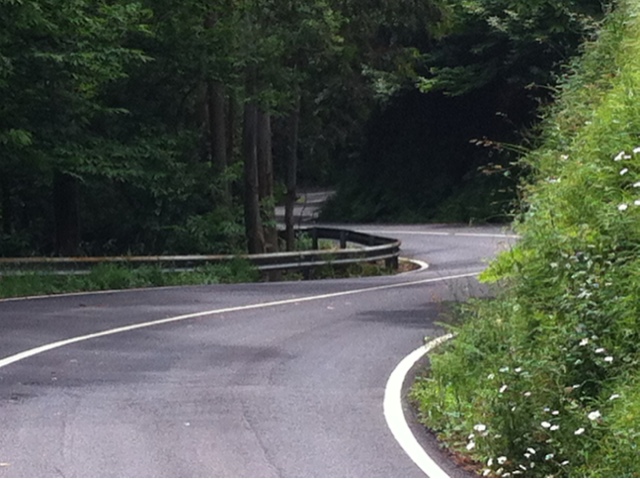 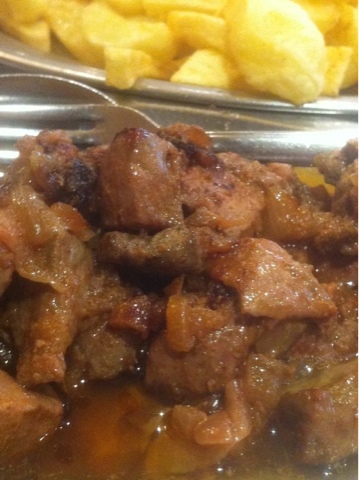 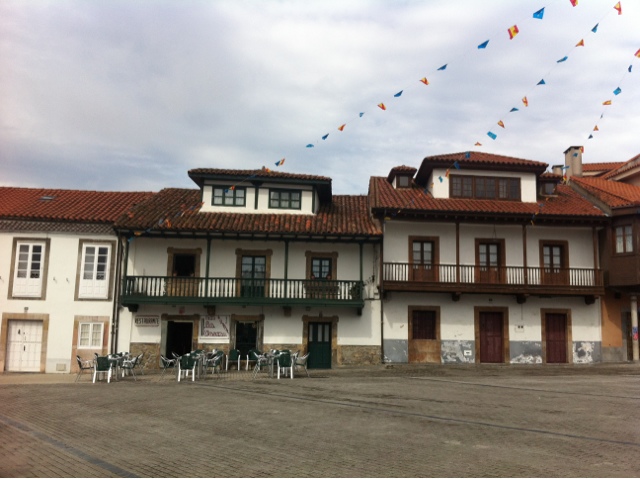 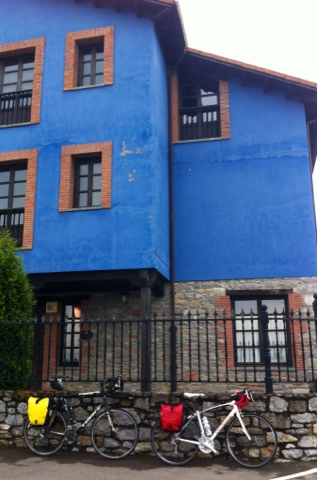 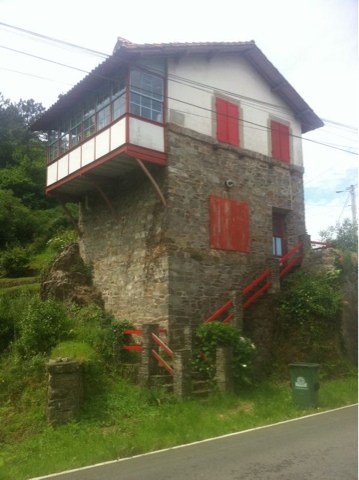