Left Santiago very late, after stamping our pilgrim passport at the pilgrim office and receiving the "compostelana" the official paper with your name written in Latin to certify you completed the camino.

The feeling is similar to reading a really good book, you want it to go on for a bit longer.

After a sketch and early lunch at la Quintana Square in the Pilgrim capital , we left busy Santiago in the direction of Finisterre, to stay the night at Lake Fervenza (a really remote and unknown area even for local Galicians).

The 'Pilgrins Office' (sic) works like a bizarre post office queue! A line of damp and exhausted pilgrims - walkers, cyclists, trail up the stairs waiting for a number and a counter. Forms are filled out, credentials checked. An official in a T-shirt hands you a pre-printed beige A4 sheet. Your name is written in Latin, in that your first name is written with -um at the end.

We cycled west past the cathedral, finding yellow arrows which indicated that the continuation of the camino past Santiago to Finisterre is well-worn. At the edge of the city we took the AC-543 towards Noia, the main busy road, sticking to the hard shoulder before turning off after 5km onto the AC-453 towards Portomouro. This is a nicer route, less traffic and you are into rolling hills again. At Ames there's a turn left which we missed, but turned left at the next junction, leading you to a little church overlooking the valley. People here look at you strangely if you are not on the camino route. You are obviously not in the right place. The number of people who randomly shouted out to us "You're going the wrong way!" was surprising. In some of the more remote villages later in the day, this felt more like a challenge.

We found ourselves on the DP-0202 (which may or may not be the same road as the AC-202 shown by Michelin) and this led us through forest up and over a steep hill, down through Lens into Ponte Maceira, another very pretty medieval town, subject to much recent renovation.

We discovered we were back on the camino, with blue and yellow shells pointing the route.

The old gothic arched bridge is paved with big uneven slabs, so wouldn't recommend cycling, but still used by the occasional car, which has the effect of sweeping all the pilgrims taking photos off the middle and onto the other side- the bridge is only a car's width!

We followed camino signs back to the main road (AC-544, becoming the AC-546 at Negreira), and with the weather much improved from the morning, took on the next 20 miles at good speed along the A-road, including a few long climbs and some freewheeling until Pereira where it is crossed by the AC-400.

We continued on towards Brandomil, turning off just after Antes to follow local roads through Xunqueira and Agrís.

This was the first time during the whole trip that following the camino felt like the safer option, instead of the tiny local roads with no directions sending you off to farms with fierce free running dogs and cows.

In this area people seem to have dogs instead of doorbells.

More locals telling us, unsolicited, we were going the wrong way...

Past Niñán and on through Abelerias, Abeleiroas where we picked up the camino again, and on to Ponte Olveira before arriving at the albergue and pension in Olveiroa.

Distance so far: 638miles
Off now to Finisterre 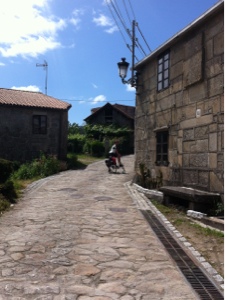 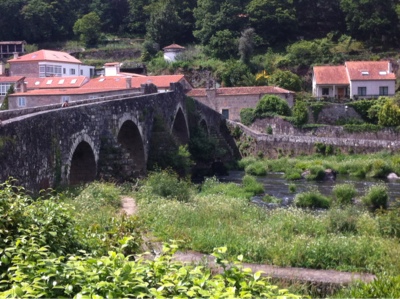 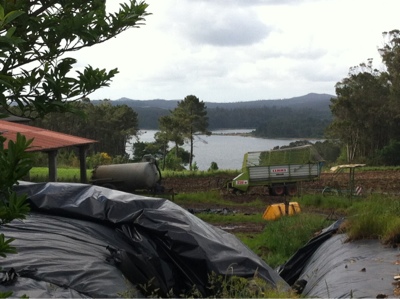 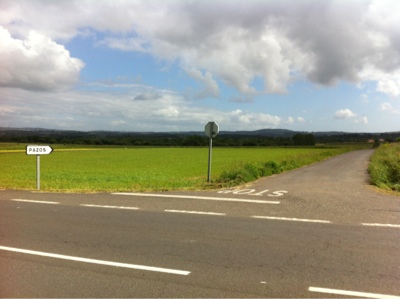 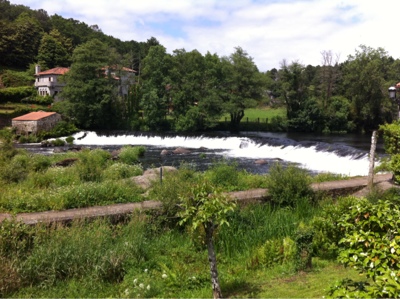 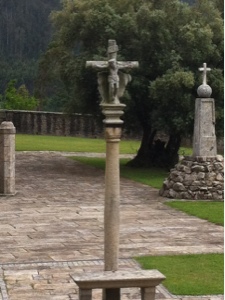 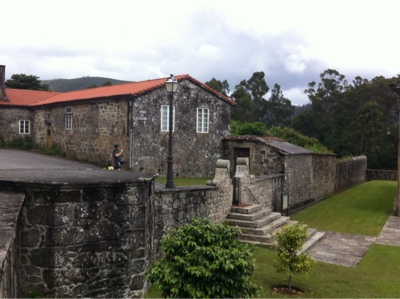 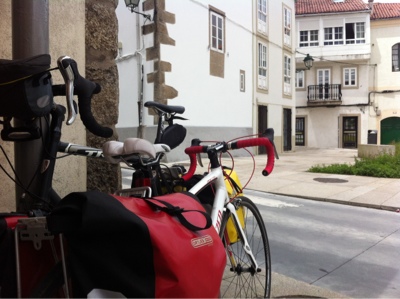 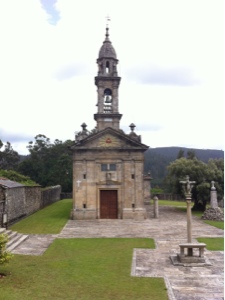 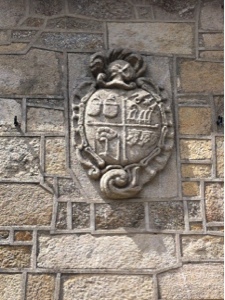 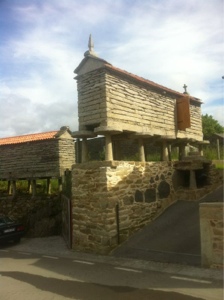