Day 18 - The edge of the map Olveiroa - Cée - Cabo Finisterre

We left the pension after a slow start, stopping almost immediately for breakfast at Ai Pias, a restaurant, cafe and albergue run by a very friendly local who seems to do everything singlehanded apart from the cooking (wife? Mother? Father?).

Ai Pias seems to be the centre of regeneration for the village, with other old granite farm buildings being restored around it. Is this the camino effect? Somebody told us later the government is providing 50% grants to do the work, but are also insisting the work is done- must be tough for the local farmers in these hard times. Every time we hear the news in a bar or cafe, they are discussing 'La Crisis!' Like a force of nature.

After tostadas and roscon (a brioche-like cake) we are back on the bikes, taking the local road through Olveiroa, and turning left onto the main road towards a small village called Hospital.
No sign of a hospital - it's the name of the river running through.

Following the road uphill, we cycled through wind turbines, standing sentinel along the hilltops.

A kilometre past Hospital, we headed left on the DP-2302, signs directing to Cée. We missed the right turn after a kilometre, which should be just before the camino marker, I think, but no likely turn appeared, so we continued through Busto and on towards Raso, with a good road and great views to the coast.

We dropped down into Raso, joining the main AC-550 to Cée, past the huge smelly industrial works and onto Cee, where a badly marked turn to the left took us down towards the port. Following the road along the beachfront we rejoined the main coast road, now the AC-445, and carried on to the opposite side of the bay where we had a great parrillada (platter) of fish in Corcubión.

The Alborada Cafe on the seafront at Concorbión is run by Joe, from Ladbroke Grove via the Spanish School and the Galician community in West London. He jokes that he misses his Fish & Chip shop, but gives great value service with good humour. "I'm taking my wife to Bayswater shopping, this year."

We turn off the main road after a few minutes, following signs to the castle and lighthouse (Faro de Cee). The DP-2801 takes you past a fortified building, now a private residence, but the walls still show the 5 or 6-pointed defences popular in the 1700s.

Continuing on to the lighthouse, the road leads you down to an unassuming point, but with spectacular views across to Finisterre and back to Cee.

The sun comes out, fingers of light breaking through the clouds and suddenly the colours are vibrant and intense around us- turquoise sea, bright yellow gorse flowers, the terracotta roofs of villages hugging the coastline opposite. Smells seem heightened.

We feel energised to pedal the last stretch, and count off the kilometres with the roadsigns- Fisterre 7km, only 3 more after that to the lighthouse at the end of the earth!

We speed around the next bay, through Escaselas and past the inviting beach of Praia da Langosteira - we'll return to this in a bit.

Into Finisterre or Fisterre if you're Galician. We follow signs to the Faro, the lighthouse, through this strange mix of fishing town and pilgrim destination. Stopping briefly at a bar - Do you sell Cava? No, but we have a chilled local white (Albariño). Great, do you have plastic cups? No, but you can have a couple of wine glasses. Perfect!

We climb the narrow road up to the edge of medieval maps. This was literally the end of the earth. After this, pictures of sea monsters and... Nothing. You sailed to the edge of flat earth and dropped off.

We cycle past the No Cars sign, past the tourist gift stalls... Past km zero!

Sitting on the wall at the foot of the lighthouse, bottle opened and toasting the expanse of sea we share smiles of complicity with arriving Pilgrims.

This is the feeling that had been missing for me in Santiago. A real sense of achieving something. No certificate needed.

We cycle unsteadily back to Praia da Langosteira, realising a bottle of wine on an empty stomach has fast-acting effect. Locking the bikes, we carry panniers down to the tide line, strip off lycra and run into an icy Atlantic sea. 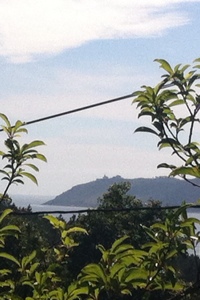 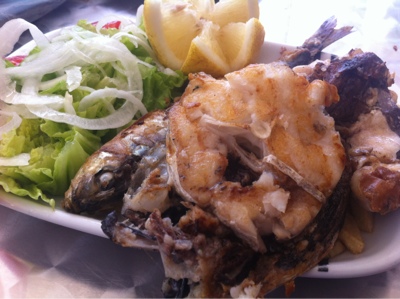 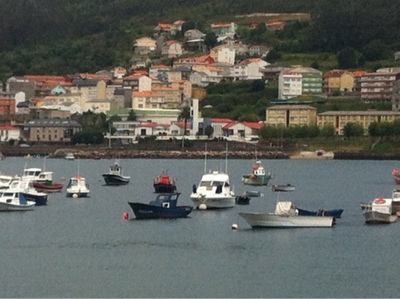 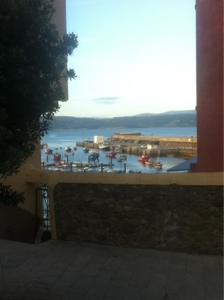 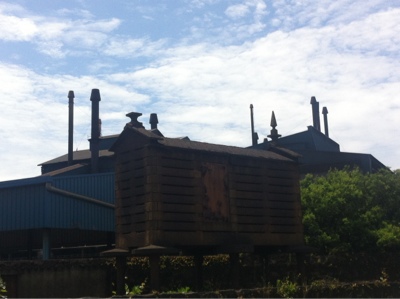 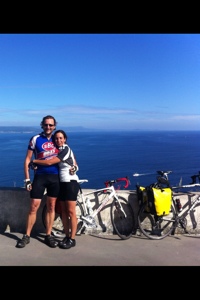 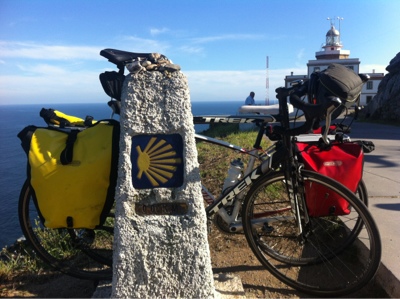 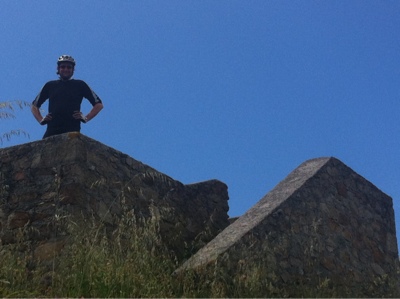 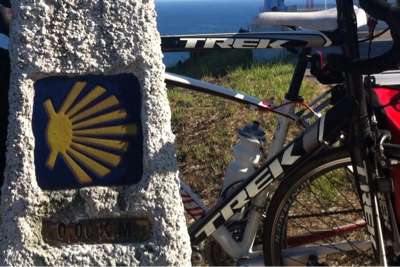 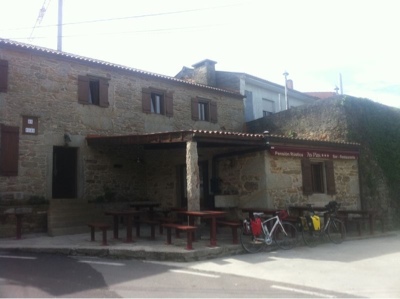 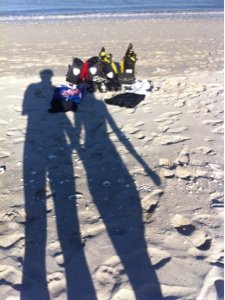 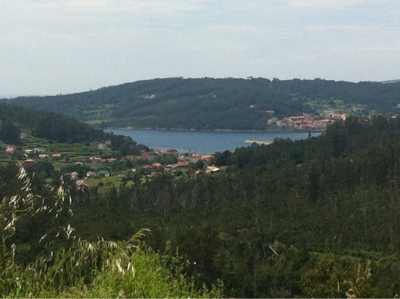 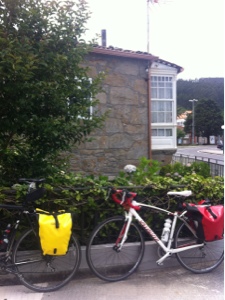 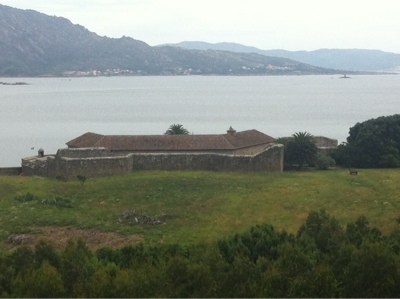